Following the release of 'Paperwork' in October, 2014, T.I. and Pharrell Williams talk about their writing process.

Almost every musical writer has their own way of working on a project, and now Pharrell Williams and T.I. have revealed their differing writing processes. T.I.’s latest album ‘Paperwork’, was produced by Pharrell, who also worked on the album’s title track, after meeting over the course of T.I.’s album ‘I’m Serious’. T.I. explained this, saying: “I think the first time we met was the ‘I’m Serious’ session, if I ain’t mistaken, or maybe we may have met in passing at some parties here and there before then, but, you know, our first time really have the, I guess, elaborated extended conversation was the ‘I’m Serious’”. 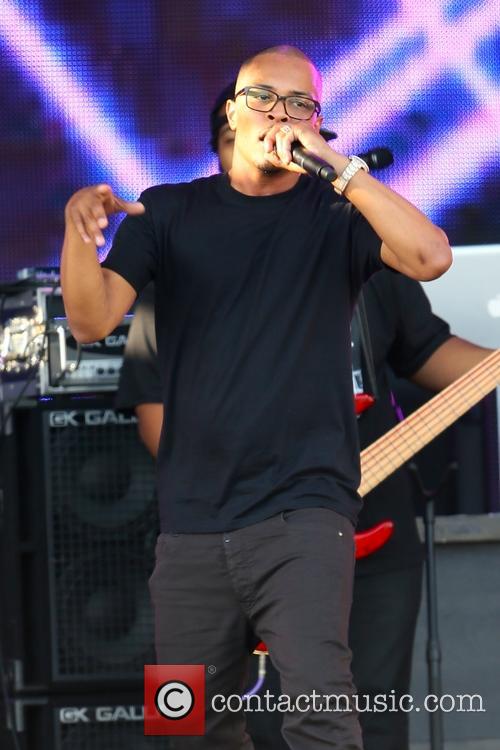 While Williams take a more traditional approach to musical writing, i.e. using pen and paper, he was shocked to discover that T.I. had a remarkably different process. "That's when I first saw you, like, how you wrote. 'What's this guy doing? He's just standing there.'" Williams explained. The process in question, is how T.I. choses to do all his musical writing in his head. "Jay [Z] was the only other person that I knew that, that, did that. Cos I always thought that was an anomaly." This came even more of a shock to Williams as the process took place when T.I. was around 19 and he himself was around 30.

In actuality, despite his amazement over this style of writing, T.I. had once been witness to Williams going through an almost identical process, during the writing for the song 'Paperwork' in Miami. Williams was completely baffled by the idea of having supposedly written a song in his head, saying: "When you're in it, it's one thing - you live it and you see it from your perspective - but then when you here it back."

According to the singer/songwriters, the title track was inspired by Martin Scorsese's 'Goodfellas'. The inspiration came from how Scorsese movies contain ironic musical choices, and this caused them to "pull from the 60s" for musical inspiration. 'Paperwork', the T.I. album, was released on 21st October, 2014, and contains performances from Chris Brown, Iggy Azalea and Pharrell Williams, amongst others.