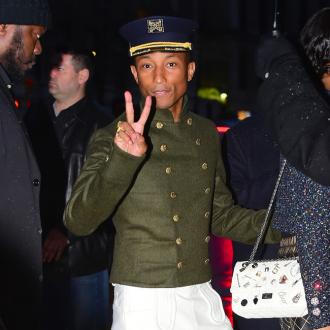 The 'Happy' hitmaker - who collaborated with the singer on her highly anticipated and well overdue LP '25', gushed about the British songstress and also revealed he had to fight to work with other performers in the past.

Speaking to Ryan Seacrest at Cannes Lions advertising festival on Tuesday (23.06.15) , he said: ''She [Adele] is a masterful writer. You listen to her albums and the intention is living and breathes.''

The 42-year-old had dreamt of working with the 'Skyfall' singer and previously said: 'I have been excited about her since I first heard 'Rolling in the Deep. If the opportunity comes up in 2015 for us to work together - then I am totally down with that.''

However, collaborating with other artists hasn't always been easy for the multi-award winning musician and producer.

He added: ''We've had to do a lot of fighting and convincing people, whether it's a label or the management.