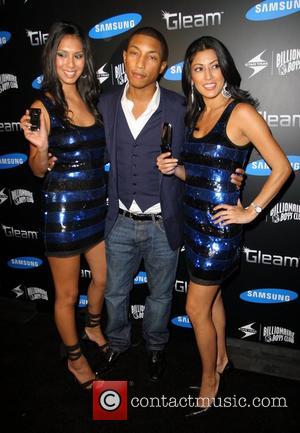 Hip-hop star Pharrell Williams has teamed up with luxury drink giants Moet Hennessy to score the music for a new advertising campaign. The rapper/producer will create the music for three commercials and seven internet spots. Ewen Cameron, CEO of the advertising firm that commissioned the ads, tells Billboard magazine, "The urban metro market was evolving and the insight we had was that the new ultimate consumption was taste. Instead of showing off your rims or clothes, it was about showing off the symbols that articulate your taste." The internet ads will be featured on FlauntYourTaste.com, the campaign's official website.