Review of Voices Album by Phantogram 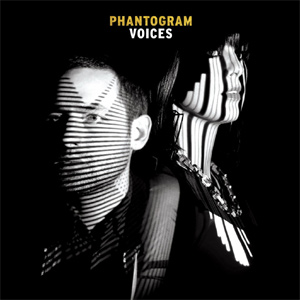 'Nothing But Trouble' gets the album off to a great start with synths that display a great range of sounds, whether they're delicate or jarring. 'Fall in Love' has a bass-y synth that's strong yet quiet, and is very well-crafted. The dreamy bridge isn't foreseeable and feels like a powerful light shining through darkness. Something that is apparent early on is how good Barthel's vocals are. They have a tender moodiness to them, similar to Portishead's Beth Gibbons and some of the glam of Yeah Yeah Yeahs' Karen O, which makes for a very good mixture and suits the music well. Carter's vocals make their first album appearance on 'Never Coming Home', arriving on top of gentle and brooding guitars. His voice feels more psychedelic on the colourful chorus as he croons, 'If this is love, I'm never going home'.

'The Day You Died' lightens the mood greatly with breezy, indie-style guitar, yet the song still flows with the previous songs due to underlying low synths. 'Bad Dreams' is an almost drum 'n' bass track with its fast drums, but it's used to power an otherwise mellow song with calm, soulful vocals and minimalist guitar. The album is full of songs like this with contrasting ideas working together in a great way. Another example of this is 'I Don't Blame You' which features skipping horn samples, before a tough drum track comes in accompanied by peaceful synths. Closer 'My Only Friend' is intense. The song is isolated for the first part, then the fast-pace comes out of nowhere and unexpectedly takes it into a new place. Throughout, Barthel sings of a relationship ending and fierce lines like, 'Believe the lies that people tell you, you've lost your battle' are effective whether the song is in a quiet moment or a more forceful one.

This is a great album. It's packed with beauty in both the vocals and the instrumentation. Almost every song brings something new to the table and makes it stand out from the rest of the album, such as the occasional jilted beats on 'Black Out Days' thrown in to quirk up an otherwise straightforward pop song. The varied sounds that run smoothly though the 'Voices' make this an album you won't get bored of anytime soon.