Serafinowicz will be playing the spoof superhero in a pilot episode later this year, according to unconfirmed reports.

British actor and comedian Peter Serafinowicz is set to star as the lead in an Amazon-backed remake of ‘The Tick’, in a pilot episode based around the comic book creation by Peter Edlund.

According to a report by Deadline, the 43 year old actor and voiceover artist is set to star as the antenna-clad, muscle-bound spoof superhero in a re-boot of the popular character.

The Tick was created as the mascot for a chain of American comic book stores during the 1980s, but the character was the subject of a Fox Kids animated show between 1994 and 1996, and a live-action version was created in 2001 and starred Patrick Warburton, formerly a star of sitcoms ‘Seinfeld’ and more recently ‘Rules of Engagement’. 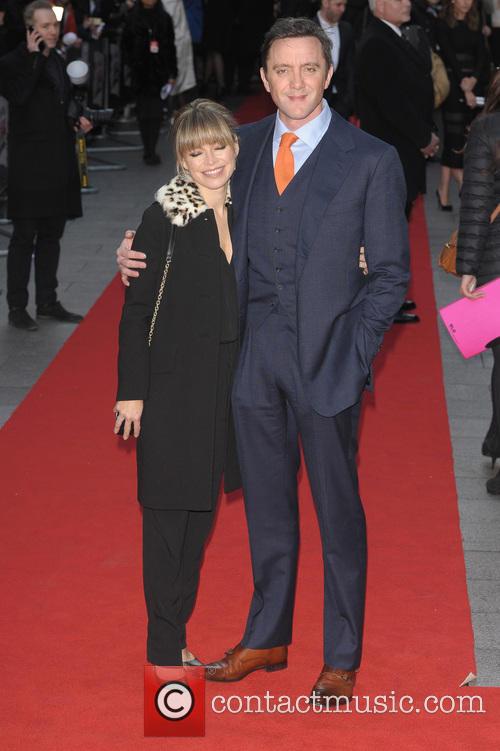 Peter Serafinowicz with his wife, Sarah Alexander, in March 2016

Warburton, also a star of ‘Family Guy’ as the voice of Joe Swanson, is expected to executive produce the show alongside Edlund himself, who is helping to write the script.

The news has not been officially confirmed, although Liverpool-born Serafinowicz himself re-tweeted the news to his followers on Wednesday (March 23rd).

The actor has massive amounts of previous experience in big productions, despite not being a household name. He’s recently appeared in blockbusters Spy and Guardians of the Galaxy, as well as voicing the villain Darth Maul in Star Wars Episode I: The Phantom Menace back in 1999.

The Tick was famous for his totally nonsensical battle cry ‘Spoooon!’, and had an overweight sidekick in the form of accountant Arthur, who dressed as a moth. It’s part of a tranche of orders that Amazon has recently been making to boost the original content of its online platform Amazon Prime.