Chris is a young heroine from a rural Scottish community, with an intense passion for life and a loyalty to the often unforgiving land, who has given her heart to the unsettled Ewan.

With a dysfunctional family, who have already faced dark times, Chris choses to devote herself to the land as World War One begins changing the world around her. But when Ewan decides to enlist in the army, Chris faces greater hardships than ever before as her once happy marriage crumbles.

As all seems lost Chris, a woman of remarkable strength, is able to draw from the ancient land at look to the future, even if the modern world is threatening everything she holds dear.

Widower Joseph spends his days walking the streets and frequenting various pubs in an industrial town in England. He is incredibly violent and sometimes takes out his anger on passersby and harmless pets.

By Jeremiah Kipp
Weak
Stirring up controversy for its depiction of Ireland's brutal, now-defunct Magdalene laundries for wayward girls, Peter Mullan's The Magdalene Sisters muckrakes the hypocrisy of the Catholic Church and comes off seeming self-righteous, gloomy, and redundant. Opening with young Margaret (Anne-Marie Duff) getting raped at a family gathering by her cousin, followed by brash Bernadette (Nora-Jane Noone) cooing to boys in the schoolyard, and finally showing timid little Rose (Dorothy Duffy), whose illegitimate child is snatched away at the hospital, The Magdalene Sisters firmly and staunchly paints its victims into a corner and keeps them there. The parents hide their eyes in indifference or dismay, sending them into the cruel clutches of the incomparably cruel Sister Bridget (Geraldine McEwan) and her chamber of horrors--a prison run by nuns where beatings, canings, oppressive work conditions, and random cruelties are part of the daily routine.

There aren't any particular surprises in The Magdalene Sisters once the three heroines are locked away. Most sequences follow the same pattern, where the lank-haired, poorly fed, and half-clothed girls aspire for freedom, love, or fair treatment and are met with beatings and brutality. Lest there be any doubt of Sister Bridget's wicked witch nastiness, she's often seen counting her money and turning a blind eye to the random injustices within her makeshift girl's prison. Often compared with Louise Fletcher's Nurse Ratched, a more careful viewing of One Flew Over the Cuckoo's Nest will reveal subtleties to the character that don't exist in the one-note tyrant, Sister Bridget. 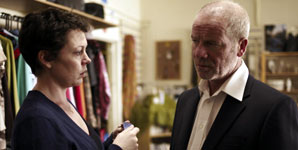 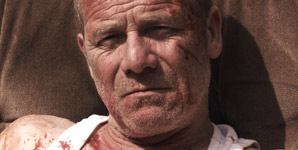 Actor-turned-filmmaker Paddy Considine expands his 2007 short Dog Altogether into his first feature, and it's...

Widower Joseph spends his days walking the streets and frequenting various pubs in an industrial...