Here's why we've got all our fingers and toes crossed that Peter Mayhew will reprise his role as loveable (but vicious) Wookiee, Chewbacca.

The best Star Wars Episode VII news we’ve heard so far is that Peter Mayhew will (supposedly) be getting his Wookiee on once more to reprise his role as Chewbacca. It seems only fitting that if Han Solo, Leia, Luke, C-3P0 and R2-D2 will all (allegedly) be teaming up once again in a galaxy far, far away that Chewie should be there with them! Here’s our list of reasons why Star Wars Episode VII just wouldn’t be complete without everyone’s favourite Wookiee. 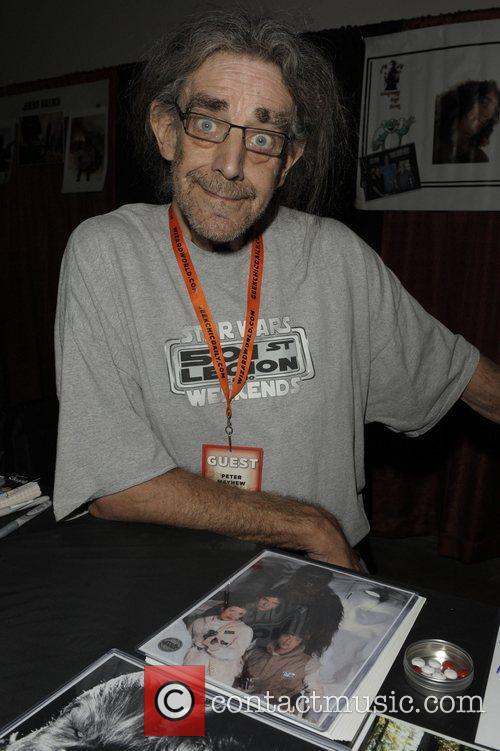 Nobody else is fluent in Shyriiwook

Who else in Star Wars Episode VII will be able to talk Shyriiwook should the crew run into another Wookiee? While Chewie’s vocal chords are only adept at speaking the Wookiee language, which essentially sounds like a combination between a walrus, tiger and a goat, he can understand Basic i.e. the language spoken by Han, Luke, Leia etc.

Without Yoda, he is the oldest and wisest character

At 200 years old Chewbacca has been there and done that. It’s always great to have someone with serious space travel expertise on board and we can imagine that he’s got a lot of Millennium Falcon mileage under his belt.

He's got a good head on his very hairy shoulders

Chewie is an excellent judge of character. Remember in The Empire Strikes Back when he doesn’t trust sneaky Lando? And right he was!

Chewbacca is a loyal and dedicated best friend. That noise of total despair that he makes as Han Solo is frozen in carbonate will echo in the souls of Chewie fans for eternity.

Will Luke Skywalker and C3P0 definitely be returning for Star Wars Episode VII?

He's the Prince William of the Wookiee race

Chewbacca comes from a noble lines of Wookiees. In fact, his name is made up partly of the name of an ancient Wookiee hero, Bacca. Bacca created a sword which was used to exhibit Wookiee leadership, so he’s essentially Wookiee royalty.

He's also the Steve Jobs of the Star Wars world

How many gigantic, tech-savvy mounds of hair have you come across? We’re guessing not very many. Chewie knows his way around a spacecraft, which is invaluable stuff.

Chewbacca loves a good game of chess. But only as long as he’s winning, got that R2? We suppose the little droid hasn’t got too many limbs to lose if he doesn’t take our advice, which is (always) ‘Let the Wookiee win!’