The Hobbit: Battle of the Five Armies launched straight into 2015 with chart-topping success.

This week’s box office confirmes what we’ve already suspected for a while: people love to watch fantasy over the holidays. The first weekend box office of the year was dominated by The Hobbit: Battle of the Five Armies with $21.9 million. This raised its total haul in the U.S. and Canada to $220.8 million, according to The LA Times. The fourth and final instalment in the Peter Jackson-directed franchise is also the most critically acclaimed one (61% on Rotten Tomatoes), so if you’re still not sure what to go see next weekend, Five Armies is definitely a solid choice. 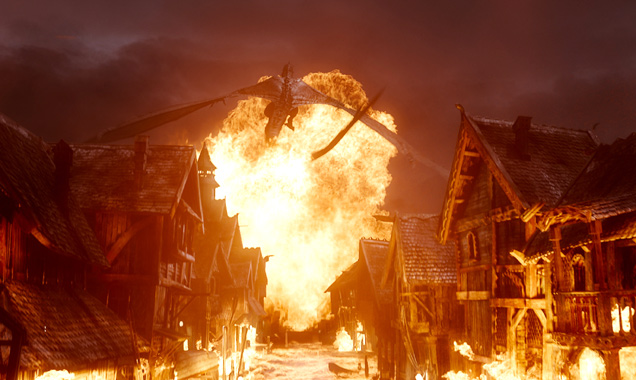 Battle of the Five Armies might be the best Hobbit film to date.

Then there’s Into the Woods, which is kind of a winter classic – you have fairy tales, singing and Meryl Streep, it’s no wonder the film pulled in $19,1 million over the weekend. The Rob Marshall adaptation of the classic Sondheim musical came in second at the box office, followed closely by Unbroken with $18,4 million, as per The LA Times' report.

Still undecided? Watch the trailer for Into the Woods below.

The only debut this week – The Woman in Black 2: Angel of Death came in fourth with $15,5 million. Relativity Studios acquired the film, a sequel to the 2012 movie starring Daniel Radcliffe, for just $1 million. It exceeded projections of $9 million to $11 million for opening weekend.

The Woman In Black 2: Angel of Death is the only debut this week. Check out the trailer below.