Moviemaker Peter Jackson Has Paid Tribute To Screen Legend Sir Christopher Lee Following His Death, Hailing The Star As A Unique Talent And Adding: "The World Will Be A Lesser Place Without Him." 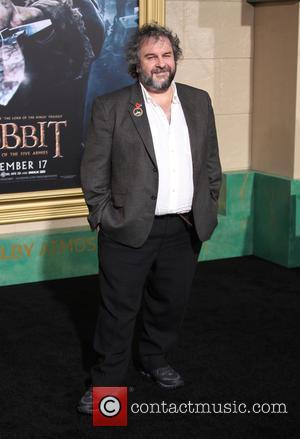 Picture: Peter Jackson - Photographs from the red carpet at the Los Angeles premiere of the third movie in the Hobbit trilogy "The Hobbit: The Battle...

The veteran actor passed away on Sunday (07Jun15) at the age of 93 following treatment for heart failure and breathing problems, prompting an outpouring of praise and fond memories when news of the tragedy emerged on Thursday (11Jun15).

Now Jackson, who directed Lee in his three The Lord of the Rings movies and two films in The Hobbit franchise, has added his thoughts in a heartfelt message to fans on Facebook.com.

He writes, "It is with tremendous sadness that I learnt of the passing of Sir Christopher Lee. He was 93 years old, had not been in his usual good health for some time, but his spirit remained, as always, indomitable... I was lucky enough to work with Chris on five films all told and it never ceased to be a thrill to see him on set. I remember him saying on my 40th Birthday (he was 80 at the time), 'You're half the man I am'. Being half the man Christopher Lee is, is more than I could ever hope for. He was a true gentleman, in an era that no longer values gentleman (sic).

"I grew up loving Christopher Lee movies. For most of my life I was enthralled by the great iconic roles he not only created - but continued to own decades later. But somewhere along the way Christopher Lee suddenly, and magically, dissolved away and he became my friend, Chris. And I loved Chris even more.

"There will never be another Christopher Lee. He has a unique place in the history of cinema and in the hearts of millions of fans around the world. The world will be a lesser place without him in it... Rest in peace, Chris. An icon of cinema has passed into legend."