The Farrelly brothers have completed the 'Dumb and Dumber To' script and have promised the sequel to the 1994 comedy will be ''really, really fun''. The 'Dumb and Dumber To' script has been completed.

Although the film has yet to receive the go-ahead, director Peter Farrelly - who is developing the project with his brother Bobby - has confirmed the sequel to 1994's laugh-a-minute comedy 'Dumb and Dumber' will be just as hilarious.

Peter told Entertainment Weekly: ''It's not a firm greenlight yet because there are still negotiations happening, but that's what we'd like to do next. We have a script that's really, really fun.

Jim Carrey and Jeff Daniels will reprise their roles as loveable idiots Lloyd Christmas and Harry Dunne and the plot is thought to centre around one of the hapless duo seeking out their long-lost child for a kidney transplant.

The Farrelly brothers have struggled to get the film off the ground, perhaps because the 2003 prequel to the film 'Dumb and Dumberer: When Harry Met Lloyd' - which was made without the original cast or directors - wasn't a box-office success.

Filming for 'Dumb and Dumber To' is expected to begin in spring 2013. 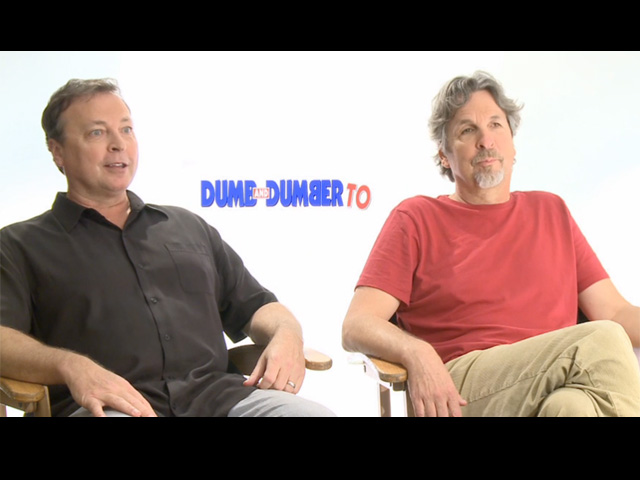