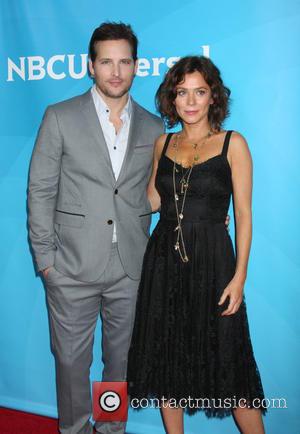 The actor delighted fans gathered in the fabled Hall H as it was announced he will portray DC Comics' powerful businessman Maxwell Lord opposite Melissa Benoist as Kara Danvers and her titular alter ego, Supergirl.

Show executive producer Andrew Kreisberg says, "(Producers) Greg (Berlanti), Ali (Adler) and I have been fans of Peter for years. We're beyond thrilled to have him join us on Supergirl's first adventures bringing the iconic Maxwell Lord to life."

Making his return to Comic-Con, Facinelli quipped to the crowd, "The last time I was here was for Twilight. That was puny!"

Supergirl, which will also star Calista Flockhart and Mehcad Brooks, is set to premiere in the U.S. in October (15).

Peter Facinelli Still Very Much On The Mind Of Jennie Garth

Facinelli Is A Secret Carpenter