A recap of what happened on Game Of Thrones Season 3, Episode 7: Brienne Vs. The Bear (Spoilers)

This weeks Game Of Thrones was, essentially, more of a carry-on from last week rather than the great plot un-ravellers that weeks four and six were, but still it did have some rather exciting twists and turns, and as the title dictates, it included another untimely run in with Brienne and a bear, not that she's had the best of times since beginning her journey with Jamie to King's Landing began.

Brienne's encounter with Locke and his band of misfits looked to be the end of the Brienne we know, but her run in with that bear looked as though it would be the end of the character all together. Good to know that Westeros' most unlikely will-they-wont-they love story will continue for a little longer, although it would be rather unlikely that Jamie Lannister would end up hooking up with Brienne, even if they are pretty much best friends/constant life savers at the moment.

Elsewhere Arya has left the Brotherhood Without Banners after Gendry was hauled away by Melisandre and co. last week, only thing is she ended up right into the arms of the Hound (the last place anyone wants to be). Gendry meanwhile found out why he has been so longed for most of his life, as his royal origins as the bastard son of Robert Baratheon were revealed to him. Speaking of sons, the biggest (inbred) sonofabitch in the seven kingdoms, Joffrey, was finally put in his place by big daddy Lannister Tywin, after getting a little too uppity. It has to be said, whilst his sadistic tendencies are still in check despite Margaery Tyrell best efforts, we may have a royal family bust up in our hands very soon (we hope).

The rest of the Lannisters aren't having much fun either, as Tyrion is still contemplating what to do about Sansa and Shae, and is a little above taking Bronn's simple suggestion that he "Wed one, bed the other." In the end it looks like he'll go for Sansa, but thats really only because he has to go for Sansa, or else his time may be over. Speaking of Stark weddings, whilst at the arranged wedding of Edmure and Frey's daughter, Robb finds out that he is going to be a dad, but given GoT's track record don't expect a hassel free pregnancy.

None moving story-lines included Daenerys and her dragons, who looks set to unleash her army of freed slaves on he seven kingdoms any time now, whilst Theon Greyjoy continued to be tortured by his unknown capture. On the same side of The Wall at last, Bran's journey continues without any major hiccup's, whilst Jon Snow and his surviving Wilding companions make their way South on what should be an even more interesting journey from here on in. 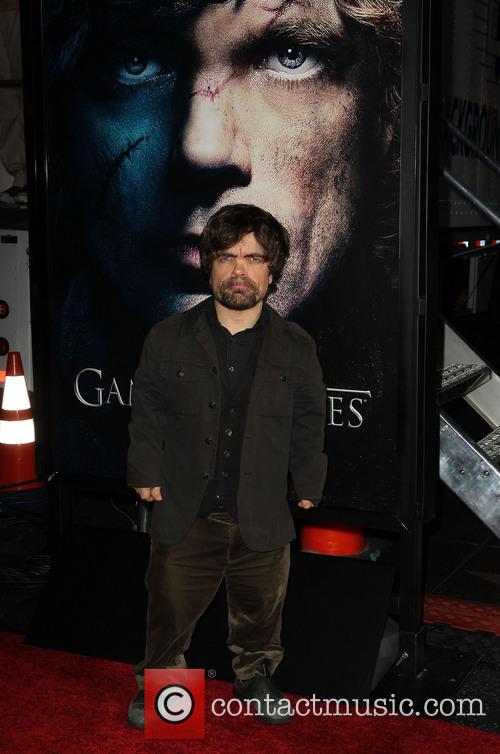 Peter Dinklage's Tyrion Lannister is caught in a love triangle