He doesn't think he'd be able to continue to do his best work.

'Doctor Who' returned to our screens this weekend, gaining rave reviews for what would be the start of Peter Capaldi's final outing as the titular character in the long-running sci-fi series. Though we know his regeneration is right around the corner, we're not exactly sure when or how it will take place, or even who will be stepping into Capaldi's shoes once all is said and done.

Joining the show in late 2013, Capaldi took the reins as The Twelfth Doctor from Matt Smith, who had served in the position for almost four years. Capaldi was quite an odd choice to step into the Doctor's shoes and didn't immediately earn the same sort of reviews as his predecessors, but as time went on and he got more comfortable in the role, he proved that he was exactly the right man for the job.

Unfortunately now though he HAS made the decision to leave, with his exit rumoured to be at some point within the current series rather than this year's Christmas special. 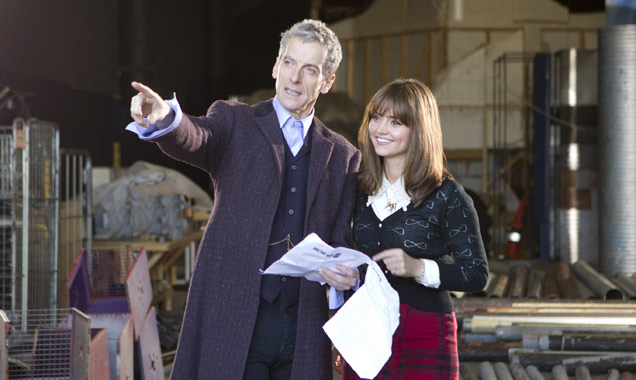 Speaking to Graham Norton on The Graham Norton Show, Capaldi explained his choice. He said: "'Doctor Who' is a great job, but it is a bit of a television factory. You do 12 episodes a year, and I just worried that I wouldn't be able to continue to do my best work.

"I like to be able to learn the lines and do some preparation and come in and give it some vigor and not hate it. I just figure, while you're enjoying it, leave."

The reasoning is as solid as any; Capaldi loves the job and what he does, but doesn't want to stay on to the point where he resents going into work and is simply doing the job for his pay check.

Though it will be sad to see him go, the regeneration of the time-travelling Doctor always feels like a huge event, so we can't be too angry at his decision. Onto the next one, and all that...

'Doctor Who' continues on BBC One and BBC America on Saturday, April 22.