Capaldi told fans visiting the set that the tenth series of 'Doctor Who' will be back on the BBC in "April" next year.

Peter Capaldi has broken the silence on when the next series of ‘Doctor Who’ will eventually be broadcast, revealing to fans visiting the show’s set in Cardiff that the BBC sci-fi series will return in April 2017.

“We’ll be on at Christmas, and then it starts again in April, I think,” the Scottish-born actor, 58, told young fans who had assembled on set on Tuesday (September 6th). 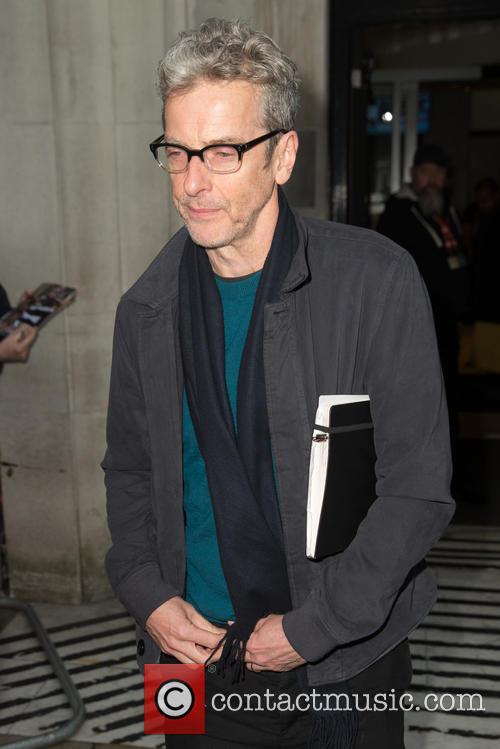 The new series will be the tenth season since ‘Doctor Who’ was revived back in 2005, and the third series to star Capaldi as the Time Lord. The return date had been a closely guarded secret until he spilled the beans, but fans have been desperate for more informaiton because the only time it will be on in 2016 is at Christmas, with no new series since last year.

The BBC had already confirmed that it would be back in the spring of 2017, with guest stars set to include Ralf Little, Mina Anwar and David Suchet. Writer Steven Moffat has been concentrating the majority of his efforts to his other major role as showrunner on ‘Sherlock’, meaning no new full series was commissioned.

More: Steven Moffat hints that Matt Smith could return to ‘Doctor Who’

The new series of ‘Doctor Who’ will also be the last to be overseen by Moffat, who will be replaced by ‘Broadchurch’s creator Chris Chibnall from next year, the man who has co-written a number of episodes of the sci-fi series already as well as its spin-off, ‘Torchwood’.

The BBC has also been silent about details of the one-off Christmas special, leading many fans to speculate it will be somehow linked to another new spin-off, BBC Three’s upcoming series ‘Class’ due for broadcast in October.

Written by Young Adult Fiction author Patrick Ness, it has been described as “a British ‘Buffy the Vampire Slayer’” by Moffat, and Capaldi has been widely tipped to make an appearance as the Doctor in one of its episodes.

More: Peter Capaldi and Jenna Coleman hint at Clara’s return to ‘Doctor Who’