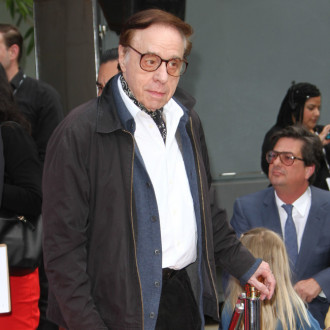 The American film director passed away in the early hours of Thursday (06.01.22) morning at his home in Los Angeles, his daughter Antonia Bogdanovich confirmed to The Hollywood Reporter.

Bogdanovich reportedly died of natural causes, and in addition to his daughter, he is survived by his grandchildren Maceo, Levi, and Wyatt.

The director and writer was best known for his work on films including ‘The Last Picture Show’, ‘Paper Moon’, and ‘What’s Up, Doc?’.

He also had an acting career which saw him play the role of Elliot Kupferberg in the HBO drama ‘The Sopranos’, as well as take on roles in ‘Out of Order’ and most recently in ‘It Chapter Two’.

Bogdanovich also helped set up The Directors Company with Francis Ford Coppola and William Friedkin, which was a generous production deal with Paramount Pictures that gave the directors more freedom as long as they kept within budget limitations.

The Directors Company helped produce ‘Paper Moon’ and ‘Daisy Miller’ for Bogdanovich, as well as ‘The Conversation’ for Coppola.

And in a statement to Deadline, Coppola said he was “devastated” to learn of Bogdanovich’s death.

He said: "Oh dear, a shock. I am devastated. He was a wonderful and great artist. I’ll never forget attending a premiere for ‘The Last Picture Show’.

"I remember at its end, the audience leaped up all around me bursting into applause lasting easily 15 minutes.

"I’ll never forget although I felt I had never myself experienced a reaction like that, that Peter and his film deserved it.

"May he sleep in bliss for eternity, enjoying the thrill of our applause forever."

And Bogdanovich’s passing has struck a chord with Hollywood, as the likes of Guillermo Del Toro and Paul Feig have paid tribute.

Feig wrote on social media: "One of my favorite comedies of all time and the movie that made me want to make people laugh when I was a kid, ‘What’s Up Doc?’, was made by the great Peter Bogdanovich. So sad to hear of his passing. Thank you for all you did for film, sir. RIP Peter. (sic)”

While Del Toro added: "Peter Bogdanovich passed away. He was a dear friend and a champion of Cinema. He birthed masterpieces as a director and was a most genial human. He single-handedly interviewed and enshrined the lives and work of more classic filmmakers than almost anyone else in his generation. (sic)” Attending a film festival is a remarkable experience. For a few solid days, a...