Peter Andre is opening his own coffee shop and he hopes it will be so successful he will eventually have his own chain. 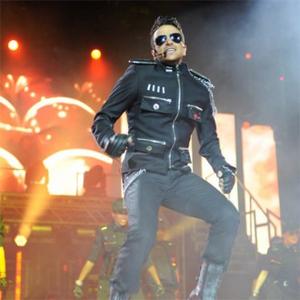 Peter Andre is opening his own coffee shop.

The 38-year-old star is hoping his cafe, which is situated near his home in East Grinstead, South East England, will be so successful that he can turn it into a country-wide chain.

He said: "I'm opening a coffee shop very near where I live in the next couple of months and I'm really excited about it. It's going to be in East Grinstead and I'm looking for some talented baristas to work there.

"I'm hoping it'll be a chain eventually, but at the moment I just want to focus on the one shop. It makes sense for it to be near my house so that I can pop in and help out whenever they need me there!"

Speaking in his new! magazine column, he revealed: "I'm having an amazing trip. I've been doing some filming for my reality show and I'm shooting my 2012 calendar while I'm out here. I also had the honour of opening a new hotel, Grosvenor House.

"It's so beautiful here that I might invest in some property. The women are so glamorous as well, but then so are the women in the UK. Don't say I'm not diplomatic."