Peter Andre has told a court he never planned to destroy the reputation of his ex-wife Katie Price. 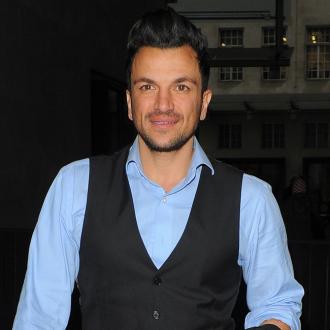 Peter Andre didn't try to tarnish ex-wife Katie Price's reputation by conspiring to ''paint'' her as a ''complete bitch''.

The former 'I'm A Celebrity... Get Me Out Of Here' contestant made the admission as he attended High Court on Wednesday (15.07.15) to give evidence for a case where TV producer Neville Hendricks is suing ITV2 for allegedly breaking a contract, allowing him to produce reality shows featuring Peter and former Atomic Kitten singer Kerry Katona.

The 'Mysterious Girl' singer had denied claims that he and his manager Claire Powell intended to destroy the glamour model's image, making him ''look good'' and the 'Celebrity Big Brother' winner ''look bad''.

According to MailOnline he told the court room: ''That is not correct at all. She knew what was happening and she knew what I was going through.

''I left for a reason, a lawful reason, and I will not accept that Claire made the plan to make me look good and Katie look bad.''

The pop star was also asked about an incident where his daughter Princess was severely burnt while on holiday with Katie, which he found out during filming for 'Peter Andre: The Next Chapter' for ITV2.

He told the court: ''I was away on holiday and my daughter was with her mother and her partner at the time. I would speak to the children all the time. But it had got towards five days and I hadn't spoken to them and I thought that was a bit strange.''

On picking his daughter up from a family member's house, Katie reportedly said: ''Don't look at Princess's back, you're going to scream.''

He added: ''She had a horrific burn on her back and her skin was coming off, and there were no bandages on.''