Rock Veteran Pete Townshend Has Missed Out On An Opportunity To Score His First Classical Number One Record, After He Was Disqualified From Entering The U.k. Music Charts. 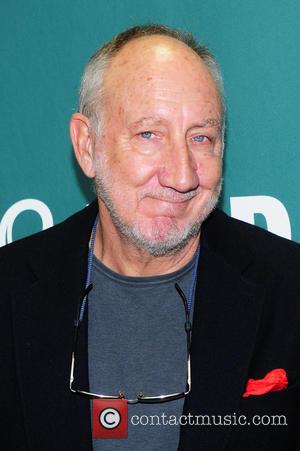 The hitmaker released Classic Quadrophenia, a new, 'symphonised' version of The Who's album Quadrophenia, on Monday (08Jun15) and has sold enough copies to top the U.K. music charts.

However, because the original material that the new album is inspired by is rock music, Townshend is unable to qualify for the top spot, even though The Queen Symphony, which composer Tolga Kashif used the melodies of Queen hits such as Radio Gaga, We Are The Champions and We Will Rock You for, placed number four on the charts in 2003.

Reacting to the news on Twitter.com, he writes, "Classic Quadrophenia not allowed in UK Classical Charts? Musical snobbery in the classical elite still alive & kicking then. F**k 'em".

Townshend hopes the record will spark interest in new audiences, despite it being disqualified from the music charts.

He says, "A lot of major symphony orchestras are in trouble because their audience is getting old and the younger audiences prefer softer stuff, such as film soundtrack music.

"I think that Quadrophenia would reinvigorate their audiences and bring in people who might not otherwise go to see a symphony orchestra perform without lights and fireworks and a movie screen."