Pete Doherty working with elephants to stay off drugs

Elephants have been helping Pete Doherty to stay off drugs after he started working at a Thai elephant sanctuary in the Southeast Asian country following his treatment for heroin addiction. 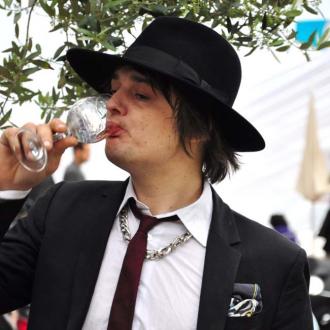 Pete Doherty is working in an elephant sanctuary to help him stay off drugs.

The Libertines frontman has been helping out at the centre in Thailand since finishing his treatment for heroin addiction at the Hope Rehab Center in the country on December 19, and being around the animals is said to be helping him out ''enormously''.

A source said: ''Pete helps them to clean and feed the elephants every day.

''He's not even bothered about dealing with their dung.

''He just loves being around them and says they're helping him enormously with his recovery.''

The Thai elephants have also been getting the 35-year-old star's creative juices flowing as he has penned several new songs while sitting next to the beasts as they sleep.

The source added to The Sun newspaper: ''Pete stays up with them at night and writes songs on his guitar while they sleep.

''He finds it incredibly relaxing and believes he's writing some of his best work ever as a result.

''Not that he's even really thinking about the next step in his music career. At the moment, he's content with tending to his new elephant friends.''

The singer's Libertines bandmate Carl Barat flew out to the Southeast Asian country last week to help Pete - who has previously been treated for drug addiction in a number of clinics - work on the group's third album, their first in 11 years.

Pete previously revealed he was selling a ''huge elephant collection'' after being left with several models of the beasts after splitting from Kate Moss, who he used to buy them for, and he even planned to send some to her anonymously as a wedding present following her nuptials to Jamie Hince.

Speaking in February 2012, he said: ''Kate used to collect elephants, so I'd buy them for her wherever I went.

''When we split up she destroyed all my stuff, but she didn't destroy my elephants. Because I couldn't get over her for a while I just kept buying elephants and now I've got a huge elephant collection for sale.