Troubled rocker Pete Doherty has been released from prison after serving just over a month of a six-month charge for cocaine possession. 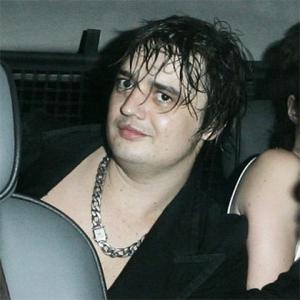 Pete Doherty has been released from prison.

The troubled Babyshambles rocker was sentenced to six months jail on May 20 for possession of cocaine, and though he was not expected to serve his full sentence, his release still comes a month earlier than had been predicted.

A statement posted on his Albion Rooms website yesterday (05.07.11) read: "On this bright sunny morning Peter was released from prison and thanks everyone for their valued support whilst inside."

He wrote: "Peter has been released as was reported there hours ago. Long day folks but a happy one. Many good things done. All's good and peace and quiet shall now ensue. A bit of 'bedding in' and reflection is on the cards and so much the better."

Despite being released, Pete could face jail again soon on charges of burglary after being accused of breaking into a record shop in Germany and stealing a guitar.