The Libertines frontman performed in the French capital yesterday at an anti-racism rally, ahead of this weekend's presidential elections.

Pete Doherty has performed at a protest rally in Paris this week, staged to warn about the “threat” posed by far-right presidential candidate Marine Le Pen, ahead of the crucial elections this weekend.

The Libertines and Babyshambles frontman, 38, has lived in France for several years on and off in his life, and was among 30 musicians and dozens of other entertainment groups who performed at an anti-racism rally organised by French youth groups at the Place de la Republique in the French capital on Thursday (May 4th).

STV reported the same day that Doherty took the opportunity to address the placard-waving crowd, and said that Le Pen’s hardline proposals for immigration policy were “not some distant threat, you know. It’s like a shadow at the gate.” 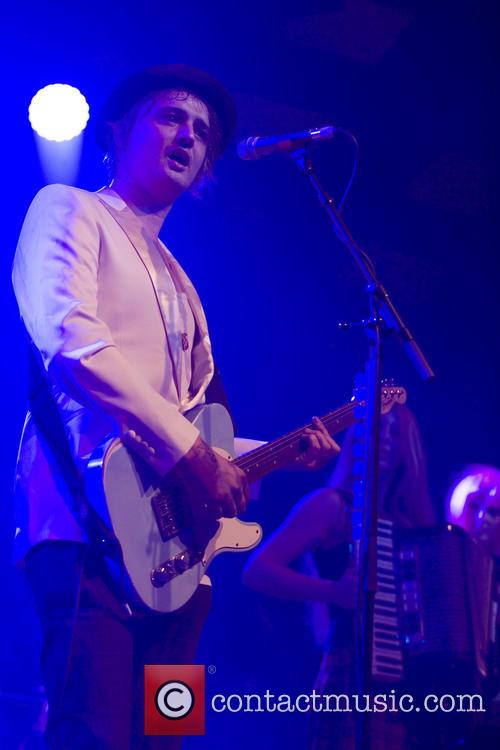 Le Pen, the daughter of another notoriously far-right politician Jean-Marie Le Pen, is facing off against centrist candidate Emmanuel Macron in the French presidential election on Sunday (May 7th), having made it through to the second round of voting a fortnight ago.

However, following a fiery clash in a televised debate earlier this week, a poll early on Friday morning released by BFM TV and L’Express gave Macron a healthy lead over the controversial Le Pen, projecting him to win by 62% to 38%.

Meanwhile, the formerly troubled Doherty is enjoying being on the road this year in support of his most recent solo album, Hamburg Demonstrations, which was released in December last year. This summer, he plays a handful of festivals, include the Tramlines and Truck events in Sheffield and Cambridge respectively.

Furthermore, he’ll be hitting the road with The Libertines once again later this year in support of the legendary indie group’s forthcoming fourth studio album. His bandmate, Carl Barat, told the NME in February that they were working on the record currently but that it might not be ready for release until 2018.