Pete Doherty Kicked Out Of Rehab For 'Disruptive' Behaviour 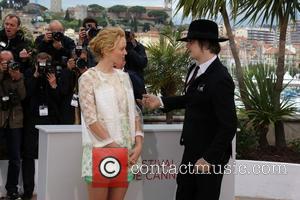 Pete Doherty - the former frontman of The Libertines and Babyshambles - has been chucked out of rehab. A report from the Daily Mail reveals that the notoriously troublesome rocker has been asked to leave the 7k per month Thai institute, because he was being a "disruptive influence" on other patients. Doherty had been at The Cabin in Chiang Mai for less than three weeks before his early departure was announced.
The programme's director, Alistair Mordey told the Daily Mail "Pete was discharged today (July 17, 2012) for therapeutic reasons. It is important to maintain the integrity of the treatment programme for the other clients to have a good chance of recovery. Pete understands this and therefore the reasons behind why we have asked him to leave." It's unclear exactly what Doherty was getting up to in the clinic to warrant his ejection from the programme but Mordey insists there are no hard feelings on their part; "Although our parting with Pete is amicable, we are of course disappointed to see him leave. We hope some of the things he has learnt here will help him in the future and look forward to the day when Pete decides to consider recovery again."
Pete hasn't had a great deal of success when in comes to rehab. He is known to have been battling various forms of substance addiction over the last decade or so. When he entered a rehab clinic in Thailand in 2003 (after burgling his band mate Carl Barat's flat), he only lasted three days. He is understood to have flown home to the UK yesterday.