Pete Doherty Denies Rumours That He Lives With Macaulay Culkin

Pete Doherty has been facing rumours that he doesn't spend his time at home alone, as his housemate is Macaulay Culkin. He has, however, denied this. 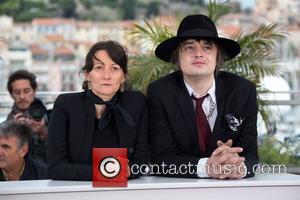 Former Libertines frontman, Pete Doherty, is fighting the allegations that he is sharing a home with 'Home Alone' star Macaulay Culkin. Doherty moved to Paris in 2009 in order to help kick his growing drug habits and rock 'n' roll lifestyle from the UK. In 2013, reports emerged that Culkin had moved in with him.

Doherty, however, has tried to quell these rumours by publically denying them. He reveals that the rumours most likely blossomed from a meeting he had with the 'Hoe Alone' star, where he introduced Culkin to his nine-year-old son, Astile. In an interview with 'Q' magazine, Doherty explained: "[My son is] mad on Home Alone, I was trying to impress him."

In the interview, Doherty also admitted that the story he had been boasting about selling cigarette butts smoked by Kate Moss and Amy Winehouse was actually untrue as well.