Pete Doherty claims his ex-girlfriend, Kate Moss, calls him on occasions when she is drunk - five years after they spilt. 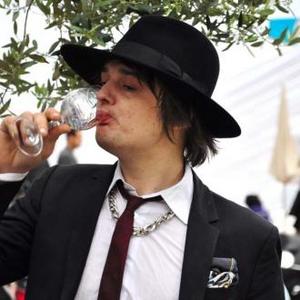 The Libertines frontman says the ''happily married'' supermodel sometimes leaves him voicemail messages when she is intoxicated even though she supposedly ''hates'' his guts.

Speaking to the Daily Mirror newspaper at the Cannes Film Festival, Pete said: ''She wants to get drunk and call me to talk s**t. That's fine but I wouldn't be able to do that to her. Anyway, she's married.

''I've listened to her [on voicemail]. A couple of times she's got drunk and called me and had been a bit silly. But she's a happily married woman, why does she want to speak to me?

Pete - who walked the red carpet in Cannes to promote his first film 'Confession of a Child of the Century' - shared a turbulent two-and-a-half year relationship with Kate after the pair met at her 31st birthday party.

The Babyshambles rocker is infamous for his drug taking and hellraising behaviour and was blamed for encouraging her wild partying which culminated in her being filmed allegedly taking cocaine in a recording studio with the musician.

Kate married The Kills' frontman Jamie Hince in Gloucester last July, and it seems heroin addict Pete regrets the end of their relationship and wishes they could have stayed together.

Sipping from a hipflash of whisky, he said: ''She was just a girl that I met that I really, really liked. The reason that it didn't work was because of all the other things.

''It really annoyed me that people in my life couldn't accept it in their heads that I was with her. People in her life didn't want her to have anything to do with me.

''Every time we'd have an argument she'd say, 'All my friends are right about you.' I think, 'You know what, in a different world maybe we could...' It's sad.''