Doherty To Laser Kate Out Of His Life 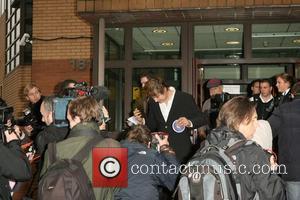 It seems Pete Doherty wants to prove he is well and truly over his ex-girlfriend Kate Moss by having a tattoo he got for her removed.

The Babyshambles frontman has reportedly looked into having the heart with a 'K' in the centre removed at a laser clinic.

Insiders say that the troubled rock star then plans to replace the old tattoo with one of a demon.

A source told the Daily Star: "Pete got a female friend to make inquiries at a London laser clinic about having the tattoo removed. After that, he hopes to have a devil tattoo done at his favourite north London tattoo parlour.

"He came up with the idea after penning a song called 'Devil', which went down a storm when he played it to friends. He wants to get it done next week in red ink, complete with horns and everything."

Meanwhile, it seems that supermodel Moss is also moving on from her old relationship having been spotted out and about with a new man whilst holidaying in Marbella, Spain.