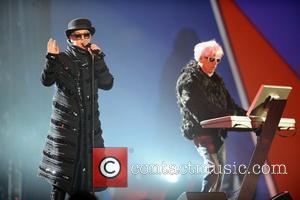 The Pet Shop Boys have been forced to censor their latest album by the Chinese government.
The duo released Yes, their 10th record, earlier this year (09) - but were made to change the lyrics to a track before it could hit the shelves in China.
Officials in the country took offence to the words of Legacy: "Governments fall/ Glaciers melt/ Hurricanes bawl.../ Resentment remains/ both east and west."
But singer Neil Tennant is baffled by the outrage the song has caused.
He says, "Does the Chinese government really fear the power of a song to bring about change?"