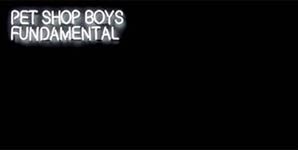 The ninth studio album from the iconic synth pop stars follows 2002's 'Release' and their 2005 soundtrack to 'Battleship Potemkin.' Fundamental promises so much, in being produced by pop supremo Trevor Horn, and thereby a return to the disco roots. However, this is rather a bipolar album, intermingling sarcastic with dark, camp with upbeat. All so fine, so Pet Shop Boys. However, two things make this a weak album: the production and the creativity. Horn's synthy sound is way too tinny throughout, and Tennant seems incapable of writing a chorus to speak of. The album includes the single I'm With Stupid and Numb, a song written by backroom legend Diane Warren, but not much else to speak of. Anyone expecting a riotous return to form will be disappointed by the meagre offerings on display - this is a triumph only of the memory. It is wishful thinking to suggest this is anything other than mediocre.