Zayn Malik has spent ''a lot of time in the kitchen'' since leaving One Direction according to his fiancée Perrie Edwards. 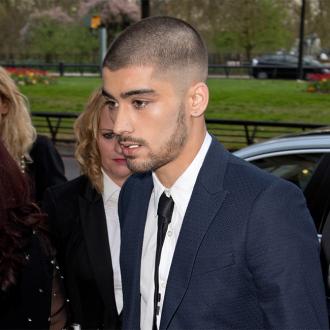 The Little Mix star has revealed her fiancé has been improving his kitchen skills since leaving boyband One Direction in March.

However, the blonde beauty insists she and Zayn, 22, haven't had time to finalise plans for their upcoming nuptials due to the launch of the girl group's new single 'Black Magic'.

She told The Sun newspaper: ''I don't know when the wedding will be. We're still planning it but I'm so busy with Little Mix now 'Black Magic' is coming out.

''Me and Zayn want it to be perfect, so as soon as I have a bit of time we'll plan it. I doubt it will be this summer - but I'll let you know!''

Despite his shock exit from the group, One Direction songwriter Jamie Scott recently claimed Zayn remains on good terms with former band-mates Harry Styles, Niall Horan, Louis Tomlinson and Liam Payne, and simply quit the group because he was tired of touring.

He said: ''Zayn went because he'd had enough. Have you ever been on the road for four years? These guys aren't at home.

''There is no way the same thing is going to run through all five guys, that they're all going to want to be on the road so much together. Eventually he got to a point where he'd had enough.

''It was, 'OK, I don't want to be in this band any more'. It was that simple, it was human instinct kicking in. People want it to be complicated and have secret reasons but that is what it was.''