Has Perrie Edwards Taken A Swipe At Zayn Malik On New Single?

‘Shout Out To My Ex’ has some very interesting lyrics.

Perrie Edwards appears to be taking aim at former boyfriend Zayn Malik on Little Mix’s new single ‘Shout Out To My Ex’.

The track, which will debut on on next Sunday’s 'X Factor', has lyrics about faking orgasms and sees Perrie seemingly admit she’s unsure wether she really ever loved Zayn anyway. 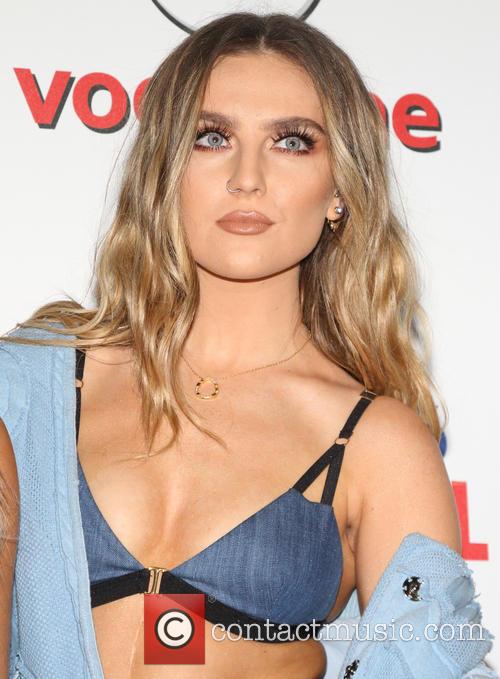 Perrie Edwards has made her feeling about Zayn clear on new song, 'Shout Out To My Ex'

According to The Sun, the song includes the lyrics: ‘This is a shout out to my ex…Heard he in love with some other chick. I hope she gettin’ better sex. Hope she ain't fakin’ it like I did, babe.’

Zayn and Perrie broke up last year and the former One Direction star has gone on to date model Gigi Hadid. Perrie now also seems to have moved on, having been spotting kissing actor Luke Pasqualino over the weekend.

Perrie and Zayn dated for four years, something which is also referenced on the track. ‘Took four long years to call it quits. Forget that boy I'm over it,’ the girls sing.

During their relationship Zayn also had Perrie tattooed on his bicep, an inking which he has since covered up.

But Zayn’s old tattoo also gets a mention in the song, with the lines: ‘Guess I should say thank you, For the hate yous and the tattoos, Oh baby I’m cool by the way, Ain’t sure I loved you anyway.’

More: Zayn Malik Once Said He Wants Ex-fiancee Perrie's New Boyfriend To Play Him In A Movie

Speaking about the song over the summer, Perrie’s bandmate Jade Thirlwall said: “Shout Out to My Ex is a song that we’re sure loads of people can relate to.

“It’s all about moving on after a relationship ends to bigger and better things, and leaving the past where it should be.”