Perrie Edwards And Joey Essex HAVE Been Going On Dates

The pair have been dating since meeting at the Pride of Britain awards last month, Essex's manager confirmed.

It’s been rumoured for some time that they’ve been seeing each other in secret, but today it was finally revealed that reality TV star Joey Essex has been on a “couple” of dates with Little Mix singer Perrie Edwards.

The two apparently met at the Daily Mirror’s Pride of Britain awards in September and hit it off quickly. They swapped contact details and have been on a handful of dates since that have been so hush-hush that not even their respective managers knew about them. The ‘TOWIE’ star’s manager Dave Read told The Mirror on Monday (October 12th): “I can confirm that Joey exchanged numbers with Perrie Edwards at The Pride Of Britain Awards and have met up a couple of times.” However, the pair aren’t calling it anything serious yet, as Read was keen to point out “Joey is single”.

22 year old Edwards was recently left devastated following the dissolution of her engagement to former One Direction singer Zayn Malik. The ex-boyband member reportedly dumped Perrie via text message in August, just weeks after they had bought a house together.

Since then, she’s been taking her mind off her troubles by keeping busy promoting Little Mix’s recent single ‘Black Magic’ and their short American tour. However, meeting 25 year old Joey (who recently ended things with his girlfriend Charlotte Stuchfield) seems to have proved just the tonic for her heartbreak. 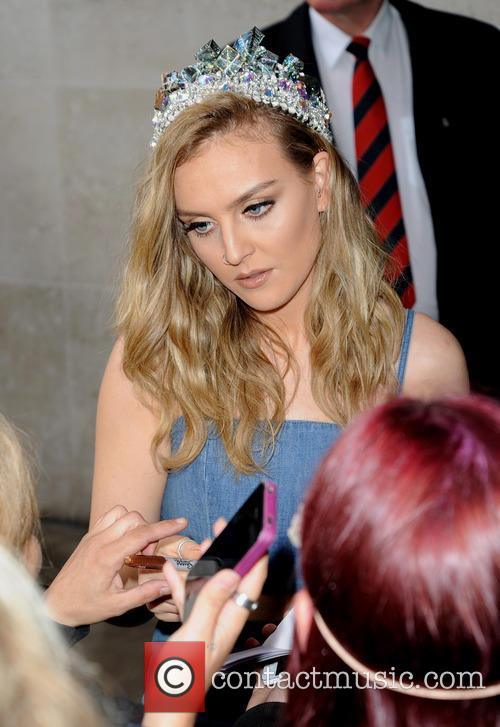 Perrie was recently left heartbroken after being dumped by Zayn Malik

A source recently intimated: “It’s very early days, but Perrie likes Joey because he makes her laugh. They are just getting to know each other and taking things slowly, but Joey is already smitten. Perrie has just come out of a serious relationship and is enjoying having fun right now.”