She also posted some arresting Halloween pictures of herself via the social media site.

She was left heartbroken when her fiancé Zayn Malik dumped her earlier this summer, but now it would seem that Perrie Edwards is most definitely over it, with some amazing Instagram pictures of her Halloween costume surfacing.

Revealing in an interview with the Mail on Sunday’s You magazine that she finds the social media app “good for dating”, the Little Mix singer posted three pictures of herself dressed as a pale Ice Queen for Halloween on Saturday night. Clearly, she’s been enjoying the single life a bit more lately, after the initial shock of the breakdown of her lengthy romance, as she says that she’s “single and ready to mingle”. 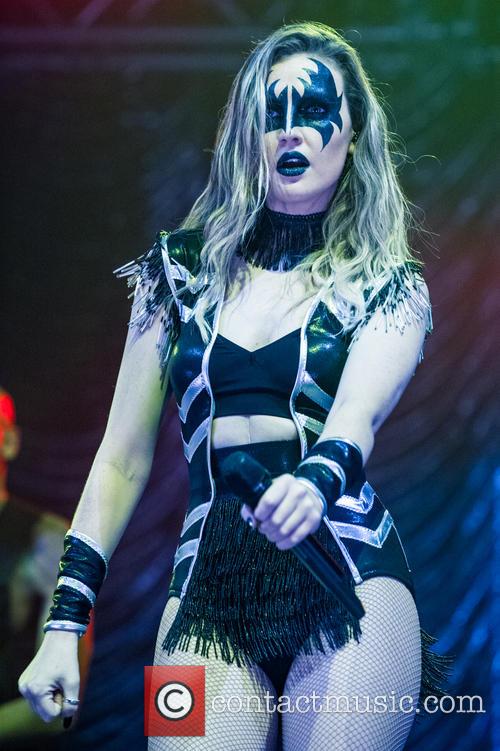 Edwards, 22, got engaged to Malik back in 2013, having started dating in March 2012. Though their relationship looked to be getting stronger, with Malik citing his departure from One Direction as being motivated by a desire to live like a “normal 22 year old”. They went as far as buying a house together a few months later, but then news arrived in July that Zayn had dumped her via text message.

Despite the hurt she felt after the disintegration of her engagement to the former Directioner, the singer has said that its drawn the group closer together. “It was a hard time… but we’re having so much fun as a band and I’ve got my three girls. I’m so thankful I’ve got this lot,” she said about her three Little Mix bandmates – Jade Thirlwall, Leigh-Anne Pinnock and Jesy Nelson.

“I didn’t think our love could get any stronger. That sounds so cheesy, but we are like sisters – I can tell them anything. I can cry on their shoulders whenever. It could be four o’clock in the morning and I can ring them and go to their room,” she said about the bond with her colleagues.

Nelson, who also attended the interview, added: “It sounds ridiculous but when someone's in hurting in the group, you feel it as much as they do.”