Perrie Edwards: 'Flirting Is A Blast'

British Singer Perrie Edwards Is "Having A Blast" Flirting Up A Storm With Cute Suitors After Splitting From Zayn Malik In August (15). 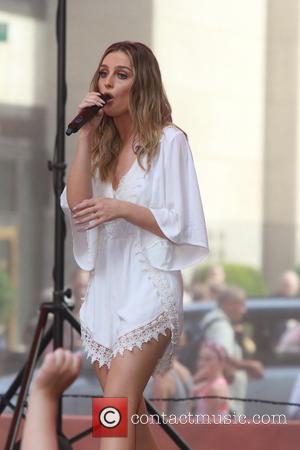 The Little Mix songstress was taken by surprise after the former One Direction star suddenly called off their engagement.

But even though Perrie publicly cried after the split, she is doing so much better with the help of loved ones and her bandmates.

"I'm having an absolute blast," she tells the U.K.'s Daily Mirror newspaper, noting going out with girlfriends is the best. "We have a bit of banter with guys in nightclubs... I love it.

"I love going out. I'm feeling brilliant and I'm in a good place - and I've got new hair. (Little Mix bandmate) Jade (Thirlwall) can be a bad influence, but she always looks after me and makes sure I don't get too drunk. The other night she was filling my glass with water."

Perrie and Zayn, who first began dating in 2012 and became engaged in 2013, used to go on holiday to Disneyland while they were together.

"I'd love to do a double date at Disneyland. That would be brilliant," she shared, appearing to take a swipe at Zayn.

The former couple purchased a multimillion dollar home just outside London with one another, but they put the property back on the market following the break-up.

They also shared two dogs named Hatchi and Teddy, but Perrie seemed to indicate she is now the sole owner of the pets.

"Mum's got the dogs at the moment. As soon as we go on tour I'll take them with me," she revealed.

But despite all the drama with Zayn, who abruptly exited One Direction earlier this year (15), Little Mix still gets along with the all-male pop group.

"We always have a laugh with them. We have the same banter. Niall (Horan) is so cute and adorable, and so is Harry (Styles)," songstress Jade smiled.