Perrie Edwards and Joey Essex been on 'couple' of secret dates

Perrie Edwards has been on a ''couple'' of secret dates with Joey Essex after they met and exchanged numbers at the Pride of Britain Awards in London last month, it has been confirmed. 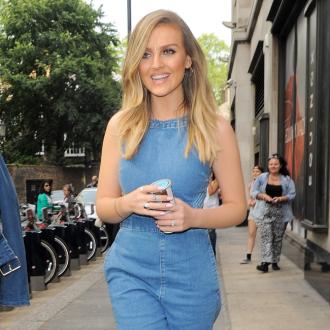 Perrie Edwards and Joey Essex ''swapped numbers'' and have been on a ''couple'' of dates, it has been confirmed.

The Little Mix singer, 22, and the 25-year-old reality TV star have been getting to know one another romantically after they met and exchanged contact details at the Pride of Britain Awards in London last month.

Joey's manager Dave Read told the Daily Mirror newspaper after relationship rumours surfaced last night (11.10.15): ''Joey exchanged numbers with Perrie Edwards at The Pride Of Britain Awards and have met up a couple of times. Despite the pair going on a couple of dates, Joey is single.''

However, the former 'The Only Way is Essex' star has already developed feelings for the blonde beauty, despite recently splitting from his girlfriend Charlotte Stuchfield, 18.

A source said previously: ''It's very early days, but Perrie likes Joey because he makes her laugh.

''They are just getting to know each other and taking things slowly, but Joey is already smitten.''

News Perrie may be heading for another relationship comes just two months after she was left heartbroken when her fiancé of three years Zayn Malik, 22, dumped her via text.

However, Perrie recently insisted she is loving the single life and is enjoying being chatted up by men in nightclubs.

She said: ''I'm having an absolute blast. We have a bit of banter with guys in nightclubs ... I love it.''