Perrey Reeves, Star Of The U.s. Tv Show And Film Entourage, Has Married Her Fiance In A Ceremony In California. 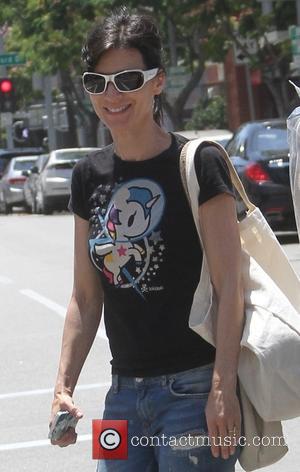 The actress, who stars as the wife of Ari Gold - played by Jeremy Piven - in the long-running TV show and recently released film, exchanged vows with tennis coach Aaron Fox in Venice Beach on Friday (12June15).

The couple, which became engaged in August (14), met through a mutual friend and have been together for two years. They said their vows at a friend's house in front of 150 guests, Us Weekly revealed.

The actress, who also starred as Will Ferrell's onscreen wife in the 2003 comedy Old School, was walked down the aisle by her dog. She says, "I figure at this point in my life, I'm freely giving myself to Aaron, no one is handing me off!"