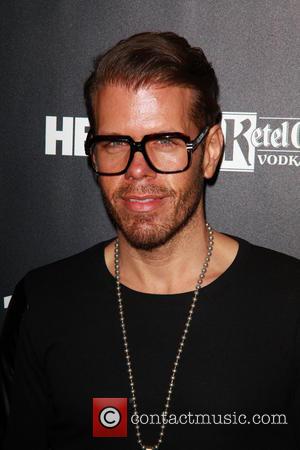 Celebrity blogger Perez Hilton is set to executive producer and star in a new reality Tv series about gay dads.

The gossip king, real name Mario Lavandeira, Jr., became a first-time father to a baby boy via a surrogate in February (13), and now he's letting cameras follow his new adventures in parenthood.

Titled Gay Dads of New York, the series will document a group of fathers, both single and married, as they support each other while raising children.

Hilton explains his decision to step in front of the cameras in a statement that reads: "Up until now people know me more for my opinions than who I am. This show will give viewers the opportunity to get to know the 'real' Perez Hilton and my family, as well as some other really dynamic gay dads, and the women that make up their support system.

"I am a recent transplant to New York City, looking for friends and open to - hopefully - love."

Hilton is teaming up with reality Tv veterans at Bunim/Murray Productions, who are the masterminds behind Keeping Up with the Kardashians and The Real World, for the project.