Carnival of Sound is all set to be the band's 18th album in a career approaching 40 years. Their previous release last year, Lady From Shanghai, was well received by critics. Following the new release in September, the band will be touring the UK and Spain in November, as well as also appearing at the French L'Etrange Festival four days after the album's release. Golden Surf II's dramatic difference to the previous single, Irene, suggests that this album will contain a strong range of styles for the artistic rock band. 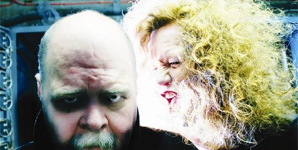