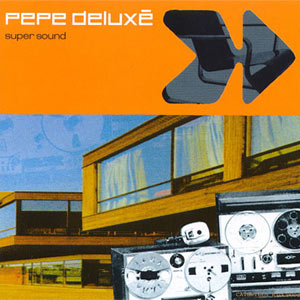 Denim giants Levis have a lot to answer for. Get in their good books and you could be blasted out of obscurity to a place that hundreds of others only ever dream of. They, for some reason take a liking to one of your long forgotten album tracks, pay you ridiculous amounts of money for the pleasure of advertising it for you worldwide, in the process managing to give you more mileage and promotion than any overpriced PR company could ever possibly hope to provide. As a consequence your single is blasted from every transistor radio and club sound system in the western world and your face appears in magazines that normally display those of your music icons. All of a sudden you're a popstar. Wow. And, you'd just decided it was time to go and get a proper job. But unfortunately as time has shown, in the case of many of Pepe Deluxe's (their current single Before you Leave is one of the tracks in question) forerunners, the fame and glory tends to be short lived.

This band for one though, are hoping to ride the wave of success for some time longer by re-releasing their 1999 album Super Sound. An album that gave the Helsinki trio accolades such as Album of The Month from Judge Jules and Ministry Magazine plus further shouts from Muzik, DJ and Mixmag. Although the band have been in existence since 1995 Levis have provided them with the linchpin they needed to propel them into the consciousness of probably 90% of the UKs TV watching and radio listening population.

Although over two years old the album manages to sound current enough not to receive flack for being a reissue. It's a beats lead montage of moogy psychedelia, ska and electronica. It's got enough musical variation to hold your attention, switching from dark and sinister to Mr Scruff style quirkiness (Everybody Pass Me By) and plain and simple dance floor demolishers (the excellent rock, bebop funk monster that is Maddaddy). It's an album that grows on you the more you hear it and will hopefully grow on those who never got to hear it first time around. Let's hope this time history can be rewritten. 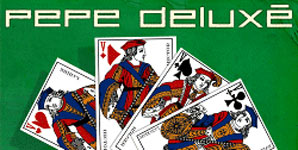