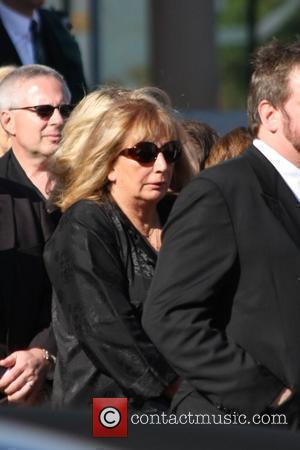 Picture: Penny Marshall attends the funeral service for actress Farrah Fawcett at the Cathedral of Our Lady of the Angels Los Angeles, California - 30.06.09

Veteran actress Penny Marshall is recovering after undergoing surgery to treat a brain tumour, according to a U.S. tabloid report.
The Golden Globe-nominated Laverne and Shirley star was taken to a hospital last month (Oct09) after falling ill on a flight from Los Angeles to New York.
She assumed the illness was just a bout of influenza, but was left reeling when medics found two potentially cancerous tumours.
A source tells the National Enquirer, "She was vomiting and thought it might be the flu. But she got the shock of her life when the doctors told her she had a tumour on both her brain and her liver.
"Doctors told her they needed to schedule her for surgery and that they'd need to take a biopsy to determine if she had cancer."
Marshall, 66, had the operation last Friday (30Oct09) and is now resting with family in New York as she awaits the results of the biopsy.
But the star is remaining positive despite her health crisis.
A family friend says, "Penny is a strong woman who doesn't feel sorry for herself and is willing to fight for her life."
Marshall rose to fame in the 1970s after landing the role as Laverne DeFazio on the hit sitcom. 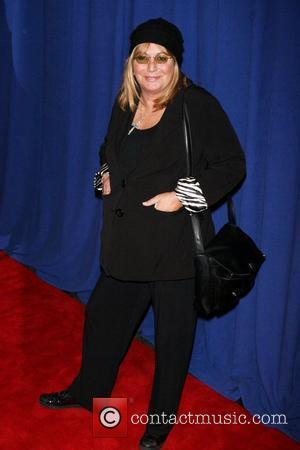