Dame Angela Lansbury, Penelope Wilton And The Kinks Musical Sunny Afternoon Were Among The Big Winners At The Olivier Awards In London On Sunday (12apr15). 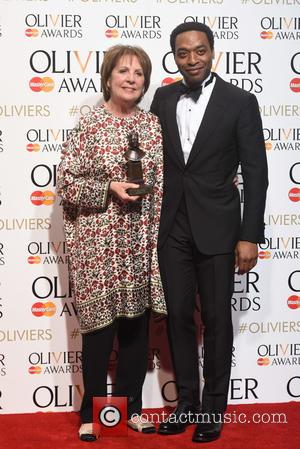 The veteran 88-year-old actress picked up her first-ever Olivier Award after a 40-year absence from the London stage, Downton Abbey star Wilton claimed the Best Actress prize for Taken at Midnight, and Sunny Afternoon was named Best New Musical, while the stageshow's stars John Dagleish and George Maguire took home Best Actor and Best Supporting Actor in the musical category, and The Kinks frontman Ray Davies received a Special Outstanding Achievement Award for the musical's score.

Other big winners included Beautiful - The Carole King Musical, which picked up awards for its stars Katie Brayben and Lorna Want, and Mark Strong took the Best Actor in a Play honour for his role in A View from the Bridge.

Accepting her Best Supporting Actress award for her role in Blithe Spirit, Lansbury told the Royal Opera House audience, "All these years of waiting. I am so infinitely grateful to have this baby in my hands. Here I am creeping up to 90 and feeling like a million dollars because I'm in London in this magnificent hall with all you."

Best Actor - Mark Strong for A View from the Bridge

Best Revival - A View from the Bridge

Best Director - Ivo Van Hove for A View from the Bridge

Best Actor in a Musical - John Dagleish for Sunny Afternoon