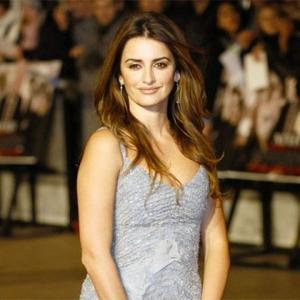 Penelope Cruz and Javier Bardem have named their baby Leo.

The couple welcomed their first child into the world on January 22, and though they have not commented on their son's birth, their friend, Spanish film director Santiago Segura, appeared to let the tot's moniker slip as he chastised a group of reporters.

Discussing the couple, he said: "I know what you want and you don't understand why they don't come running to show off the baby and say, 'Look, here's Leo.' "

When quizzed if that was the name of the baby, he replied: "Yeah, Leo. I think so. That's what I think I heard. But they haven't said anything."

The 36-year-old actress had been planning to have her baby in Madrid - where she and her husband live - but changed her mind after spending Christmas in Los Angeles and decided to have her delivery in Los Angeles so her child would have dual nationality.

The couple started dating after working together on 'Vicky Cristina Barcelona' in 2007, and the pair - who had been friends for over 12 years before they embarked on a relationship - married in a low-key ceremony in the Bahamas in July 2010.