Penelope Cruz has admitted she would love to ''slap'' women who complain of getting old because she can't wait to have wrinkles to show her life experience. 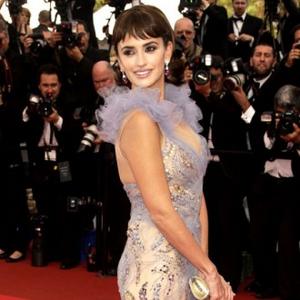 Penelope Cruz wants to "slap" women who worry about getting old.

The 37-year-old actress - who gave birth to her first child Leo with her husband Javier Bardem in January - can't wait to have wrinkles because she believes they tell a person's life story.

She said: "When I hear a woman who is in her early 30s is worrying about growing old, I just want to slap her.

"When I'm 80, I want to look in the mirror and see an 80-year-old woman. My grandmother had so many wrinkles and every wrinkle told a story. I want to experience every year of my life for what it is. It doesn't mean I am against somebody who does a little retouch or [has] plastic surgery. I don't judge people who do it. I just don't like how women complain about growing old."

Family is clearly very important to Penelope who is current starring in 'Pirates Of The Caribbean: On Stranger Tides' with Johnny Depp and she revealed she turned to her younger sister Monica for help when her baby bump got in the way of shooting stunts.

She added to the Metro newspaper: "My sister is actually a very good sword fighter because she had done this before in a film and she was very gracious to help me out with The Sword fighting scenes in London when I became rounder."