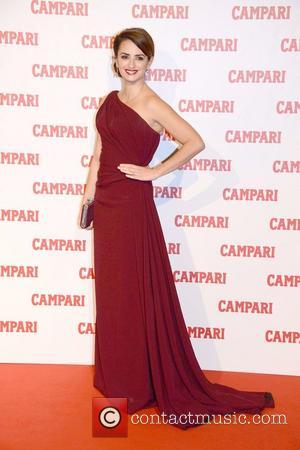 Picture: Penelope Cruz at the 2013 Campari Calendar unveiling cocktail party at Campari Headquarters. Milan, Italy - 13.11.12 ***Not Available for Publication in Italy, Available for...

Hollywood's Spanish dream team are expecting their second bambino, is has been announced. Penelope Cruz and Javier Bardem are to give birth another baby, according to US Weekly.

A source also told E! that the "Volver" actress was "around three months" pregnant. It's clear, from an interview with Vogue in 2011, that Cruz relishes motherhood. "From the first second, you feel so much love," she explained in the June edition of the fashion magazine. "It is a revolutionary experience. That's the best way I can describe it. It transforms you completely, in a second. Nature is very wise and gives you nine months to prepare, but in that moment, when you see that face, you are transformed forever."

It's going to a busy year ahead for the Cruz clan, with Penelope's sister Monica also expecting. The Agent Provocateur model and mom-to-be, 35, announced the news in a post titled "My Life's Dream" earlier this month. "I'm going to be a mother!" she wrote in Spanish. "I have managed to fulfill the dream of a lifetime. Because of that, I want to share with all of you this special journey and be able to tell you about all of my experiences during this fascinating time..."