Penelope Cruz can't stop laughing at ''hypochondriac'' Woody Allen and she loves how the legendary director takes her mind off difficult scenes with his own worries. 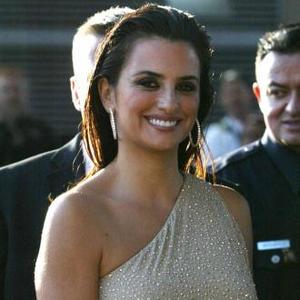 The Spanish actress has been reunited with the legendary director for his next film, 'To Rome with Love', and she enjoys the way he takes her mind off difficult scenes with his own worries.

She said: ''He is such a hypochondriac, I have to laugh at him. In 'Vicky, Cristina, Barcelona' on the day Scarlett Johansson and I were to share a screen kiss, he had to leave the set to go to see a dermatologist because he had just seen a new freckle that morning. I said, 'Why don't you go this evening when we have finished shooting?' He said, 'It might be too late by then.'

''That made me so laugh so much, I couldn't be nervous about the kissing scene.''

She said: ''I've known Antonio for so long, since we were both living in New York 20 years ago. We were neighbours and we've been friends since - he, his wife, and family, and me and my family. We only have about two or three scenes together, but we're very excited about them.''