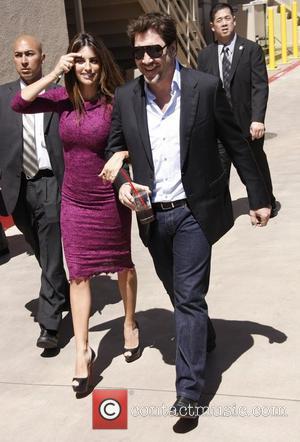 Penelope Cruz has become the 2,436th person to have a star on Hollywood Boulevard's Walk of Fame.
Penelope Cruz, star of the new Pirates of the Caribbean sequel 'On Stranger Tides', was honoured in a ceremony at the LA premiere of the film, the Telegraph reported. Her star joins the others on the pavement outside the world famous Grauman's Chinese Theatre.
Reading from a statement at the ceremony, Cruz said: 'As a Spanish actress I feel truly grateful how this country has made me feel welcome from the beginning. Today is a very special day and every time I look at that star, written underneath I will see all the names of the people who have helped me make many of my dreams a reality.'
She went on to jokingly refer to co-star Johnny Depp, who was watching the ceremony, as 'the man with the hat.' She said 'When I arrived in Los Angeles in 1992 I spoke no English, except two sentences: 'How are you?' and 'I want to work with Johnny Depp.'
The actress has recently celebrated the birth of her first child with fellow Spaniard and actor JAVIER BARDEM.