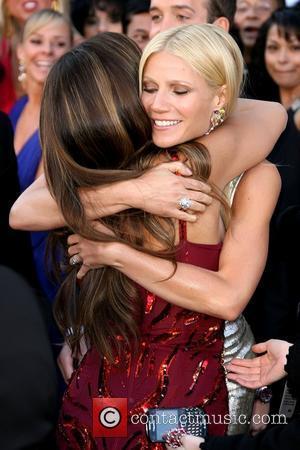 Penelope Cruz is set be honored with a star on the Hollywood Walk of Fame today (1st April 2011).
The Spanish actress and star of 'Vanilla Sky' and 'Blow', will receive the 2,436th star on the Hollywood Walk of Fame today, reports the Toronto Sun.Cruz will be honoured in a ceremony conducted by the movie director Rob Marshall and the star will be situated directly in front of Hollywood's El Capitan Theatre, just yards from the Kodak Theatre stage where she scooped the Academy Award for Best Supporting Actress in 2009. Cruz's performance in 'Vicky Christina Barcelona' made her the first Spanish actress to win an Oscar and she has since been nominated for her role in the Anthony Minghella musical 'Nine'. The 36-year-old married her husband Javier Bardem in the Bahamas last year and she gave birth to the couple's first child in January.
Penelope Cruz recently completed work on the forthcoming 'Pirates of the Carribean' movie 'On Stranger Tides', with Johnny Depp and Ian McShane. The adventure film is set to hit cinemas in the UK on 18th May 2011 with a U.S. release following two days later.