Penelope Cruz navigated numerous obstacles to get her new film MA MA made. 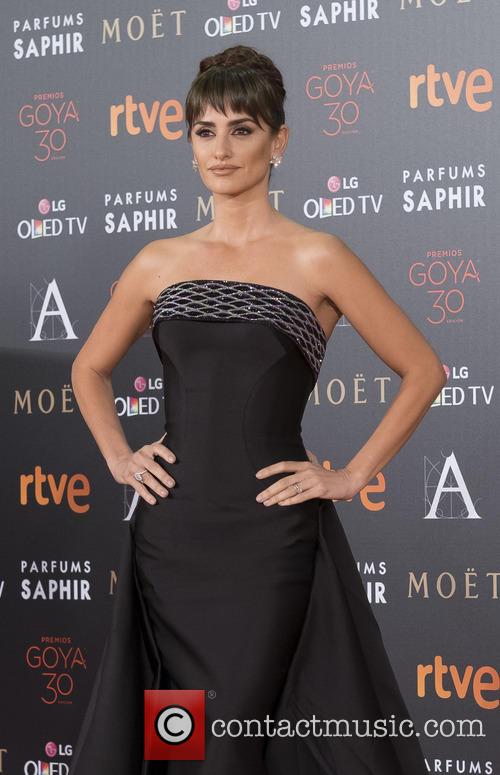 The Spanish actress produced and starred in the Julio Medem-directed movie, which tells the story of a Madrid-based mother named Magda. While battling cancer, Magda forms an unexpected bond with a soccer scout (Luis Tosar) whose wife has been gravely injured in a car accident.

Of the emotional drama, Penelope explained she was determined to get the film made despite various hurdles, including a struggle to lock down financing.

"I produced this new movie," she told the New York Post's Page Six. "Doing this film wasn’t easy. I believed in it, and I went to many meetings with a script under my arm. It took a long time until our team had a positive response. These days it’s hard to get financing."

The Academy Award-winning star added that playing Magda was a change for her as it was the first time she portrayed a character who is not a lover but a mother. She also pointed out that concept of maternity is a central theme in MA MA, with dramatic intensity heightening the intimacy between the central characters.

"The scenes in this film are very moving. One where my character Magda, a 40ish schoolteacher, leaves a recorded message for the baby will make you cry," Penelope said.

The 42-year-old star, who visited New York for the screening of MA MA at the Landmark Sunshine Cinema last Tuesday (25May16), said that while she lives in Spain with her actor husband Javier Bardem and their two young children, she can't get enough of the atmosphere in the famously busy city.

Of her fleeting visit to the Big Apple, Penelope shared she gets swept up in the flurry of people and general excitement.

"Whenever I’m back, my heart beats faster. The city’s taught me a lot. Made me want to learn. Study. Stretch myself. See friends. But there’s never enough time for me to shop or go to theatre. I have to fly right home. Living in Spain, I’m not here enough," she smiled, noting that she doesn't plan to partake in any partying during her brief trip but is looking forward to a nice meal. "I love food. I’ll never stop loving wonderful food. And I don’t drink. Half a beer gets me drunk."