Penelope Cruz has given birth to her first child with husband, Spanish actor Javier Bardem. 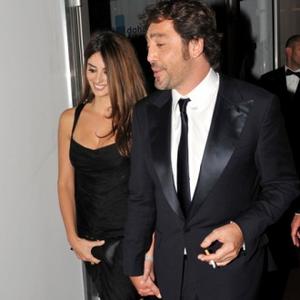 Penelope Cruz and Javier Bardem are celebrating the birth of their first child.

The 'Pirates Of The Caribbean: On Stranger Tides' actress is believed to have given birth at Los Angeles' Cedars Sinai hospital yesterday (25.01.11), Spanish newspaper El Pais has revealed.

The sex or name of the baby is not yet known.

For 41-year-old Javier, the child came on the same day he was nominated for the Best Actor Oscar for his role in Spanish drama 'Biutiful'.

Penelope, 36, started dating Javier after they worked on 'Vicky Cristina Barcelona' in 2007, and the pair - who had been friends for over 12 years before they embarked on a relationship - married in a low-key ceremony in the Bahamas in July 2010.

Although the pair have always been keen to keep their private lives away from the public eye, she has previously admitted she was looking forward to have children, even if it meant adopting.

She said: "I'd love to have kids. Maybe I'll adopt about 20 children - that's been my dream since I was a little girl. I want to have my own kids, but also adopt. For a while I've had The Feeling that my life won't be complete if I don't adopt.

"I think I would be a perfect mother. I love babies."