Penelope Cruz And Javier Bardem Had A Date Night To Remember In Barcelona, Spain On Saturday (10oct15) When They Joined U2 Onstage. 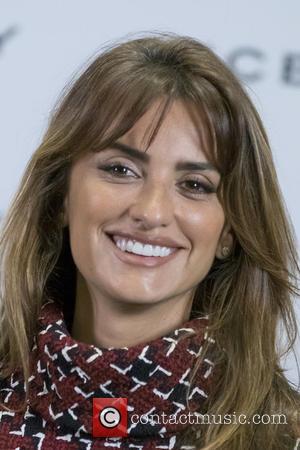 The Spanish actors were among the thousands who attended the band's gig at Palau Sant Jordi and they got the chance to show off their dance moves as frontman Bono invited them into the limelight.

In video footage captured by fans, Javier hit the stage with a blue feather boa and matching sparkly fedora and pretended to seduce Bono during a performance of Mysterious Ways. At the end of the track, the singer praised the "beautiful dancer" as Penelope, wearing a long blonde wig and Playboy bunny ears, joined the party and appeared to shoo her husband away. Bono then recruited the Oscar winner to film the rockers' next track, Desire, on a cell phone.

The musicians had alerted their Twitter followers to the presence of their famous fans before the gig, when they shared a picture of the Hollywood couple backstage. They captioned the image, "Mysterious guests tonight in Barcelona..."

The concert was a rare night off from parenting duties for Penelope and Javier, who wed in 2010. The couple has two young children together - four-year-old son Leonardo and two-year-old daughter Luna.