Spanish actress Penelope Cruz admits it can be difficult working in English because she has to constantly think about dialogue. 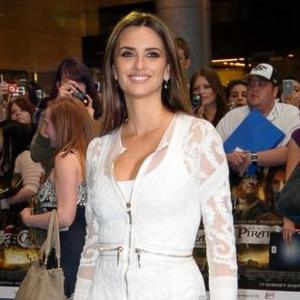 The Spanish beauty - who has 18-month-old son Leo with husband Javier Bardem - spoke little English when she first began her film career and admits it can sometimes be hard working outside her native language because of the thought processes it involves.

She explained: ''There is a part of your brain that has to stop when you're acting. You have to be in the moment and dare to fly. Words can't be on your mind.

''And yet, when you are working in a foreign language, you have to be thinking about the words every single second. It's difficult, but I'm not complaining. It's just the way it is.''

Penelope also revealed she and Javier had to adapt their own scripts in 'Vicky Cristina Barcelona' as director Woody Allen wanted them to speak Spanish, though he can't speak the language himself - and the filmmaker has no idea whether or not they stayed true to his writing.

She told W magazine: ''He gave us The Script he wrote in English, and he gave us the freedom to translate and improvise. Woody told me recently that he still doesn't know if we are talking about the atomic bomb.

''And it's the same thing in 'To Rome With Love' - he doesn't speak Italian. I translated my lines. So he still doesn't know what I am saying.''