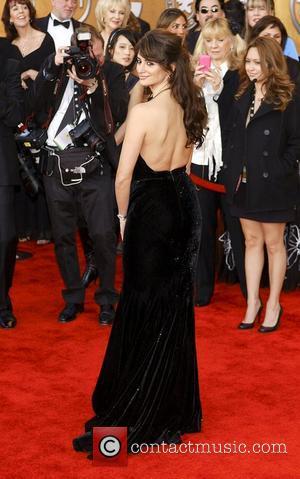 Penelope Cruz's English was so poor when she first arrived in Hollywood, she accidentally sexually propositioned a hairdresser. The Spanish star has quickly picked up the language since making her U.S. big screen debut in 1998 movie The Hi-Lo Country.
But she admits she had to learn the hard way at the beginning.
Cruz explains, "When I was in high school I studied French, so I learned English late.
"When I first came to America I made a lot of mistakes, like going to the hair salon and asking for a b**w j*b instead of a blow dry."